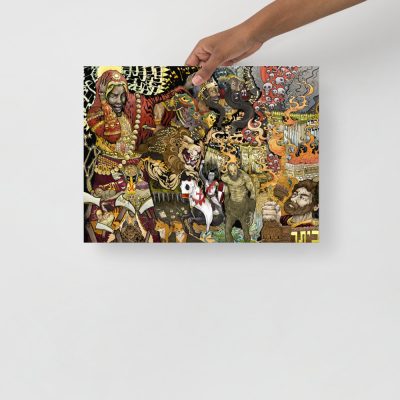 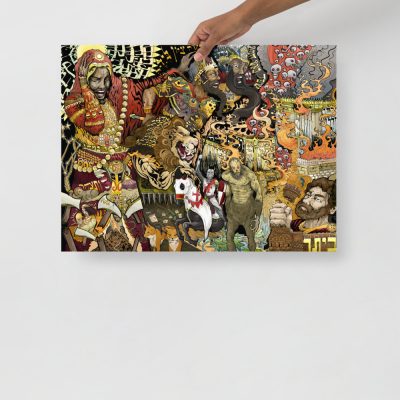 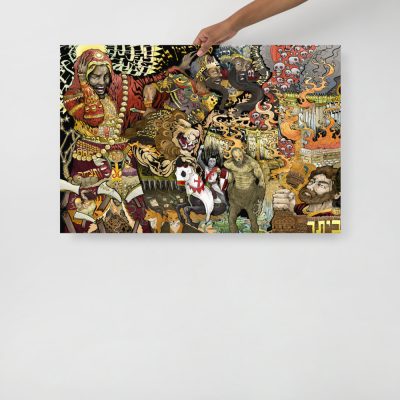 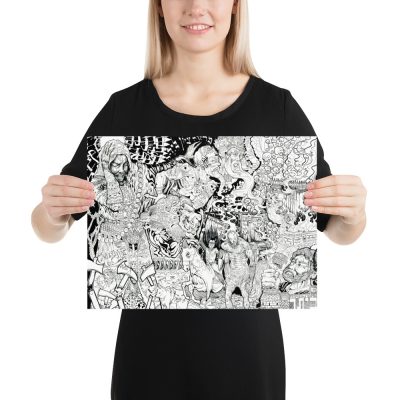 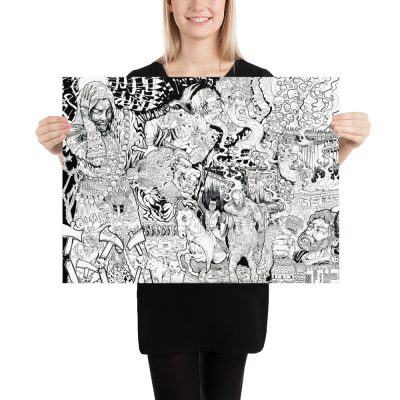 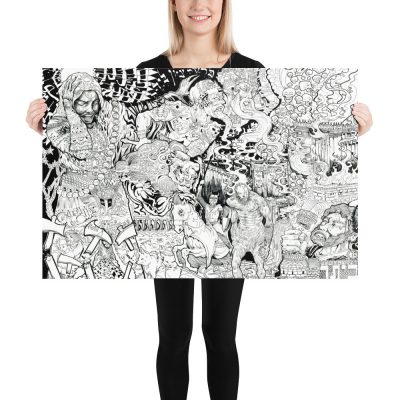 Av is the fifth month of the Jewish religious calendar. Like Tammuz, the month preceding it, it has no joyous [traditional] holidays. In fact, more than any other month, it is replete with horrible events, and is known as the month of disaster, of chaos, of tragedy, yet also of hope.

The many catastrophes of Av are remembered on the 9th of Av (Tisha B’Av, a fast day), on which five great crises are said to have occurred:

Another tragedy which happened in Av (yet isn’t one of the traditional 5): the Crusades. This horrific event bodes with the aforementioned ideas. It was an ill-devised attempt to punish the Jews for being Jewish, and paved the way for centuries of persecution.

Patriarch: Avraham (here represented by his wife, Sarah; top left): It should be emphasized that the meaning of the word ‘Av’ is the same as ‘father’. Fathers are typically associated with punishment, and they can set dangerous examples. Here is no exception. This is why Sarah is shown to be the one weeping for the plight of the Jewish nation and not Avraham; she is the victim of aggression, not the cause of it.

According to the Midrash, the giant Og wanted Sarah to himself. When God tested Avraham through the binding of his son Yitzchak, Og seized the opportunity, and with his great height lifted her up to witness the “sacrifice”, to show Sarah the savagery her husband was capable of. However, the shock was too tremendous for her, and instead of swooning for Og, she collapsed and died. If you look at the bottom left of her dress, you can see the banishment of Hagar and Yishmael, Avraham’s other wife and child. Sarah herself oversaw their exile, viewing them as a threat to the safety of her own son. Nevertheless, the threat to her child evidently came not from the foreign woman, or the adventurous elder brother, but from his own father. Other events from her life are featured in her dress, such as the visiting angels, her laughing at the notion of giving birth, her audience with Pharaoh and Avimelech, and the akeida itself.

Tribe: Shimon (top middle). He above the other tribes represents an extreme bias for justice over mercy. When his sister Dinah was taken by Shechem, he and his brother Levi agreed to let them be together if all the men in his population circumcised themselves. On the third day, in the throes of their agony, Shimon and Levi slaughtered all the men and plundered the women, children, and possessions for themselves. Yaakov himself was furious at them, believing what they did created a blood feud. Yes, they may have attempted to rescue Dinah’s honor. But their patriarchal quest for revenge set a precedent of vendetta, enabling far more violence than they could have imagined. Similarly, it was Shimon’s idea to throw Yosef in the pit to kill him, restoring the image of himself and his brothers. In the drawing, this is why the words *‘nakam’ (*vengeance) show on his armor, as do snakes and scorpions (which were in the pit Yosef was thrown into).

Zodiac: Leo (אריה) (middle). The lion fits into this idea as well. When male lions kill a rival and usurp their prides, they kill all the cubs. They may be a majestic animal praised for their strength, but their paternal jealousy destroys members of their own kind.

Planetary Body: The Sun (crowning Sarah). The Sun’s daily phases demonstrate brutality, with searing heat and its setting into darkness, and also hope, as in the rising sun and illumination. Accordingly, There are verses from Eicha (Lamentations, traditionally read on Tisha B’A) emanating from it. Likewise, when the Temple still existed, all the firewood for the offerings of the temple would cease being lumbered, and so there was a celebration where axes would be broken. Breaking axes can be seen at the base of Sarah’s dress (being placed antagonistically to Lamentations).